'Show Dogs' sends message that sexual abuse is to be tolerated

This op-ed originally appeared in The Baltimore Sun.

Among survivors of sexual assault and abuse, there was real hope that the media attention over the sentencing of USA Gymnastics team doctor Larry Nassar, who sexually abused more than 150 children, would inspire significant change. But just a few short months later, we see no change has been made in one of the places recently spotlighted by the #MeToo movement: Hollywood.

Last week, just a few months after Mr. Nassar's widely publicized sentencing, Hollywood released a "family movie" rated PG called "Show Dogs." The premise of the film is that the police dog must enter a dog show to rescue a kidnapped baby panda. The problem is the dog must submit to repeated touching of his genitals in order to "win" the dog show, something the dog is very adamant he doesn't like and is told to go to his “Zen place” to withstand.

The public outcry was swift and deafening. As the mom of a survivor of child sex abuse, I cannot fathom watching a movie with my children that encourages them to sit quietly while they're being violated. Children who are sexually abused find it difficult enough to speak out against their abuser, and any adult telling them to allow it is causing further significant damage.

On Wednesday, the movie studio, Global Road Entertainment, announced that it would “remove two scenes from the film ‘Show Dogs’ that some have deemed not appropriate for children” and apologized for offending anyone. I applaud them for recognizing — under intense pressure — their error, but common sense says it never should have happened in the first place.

Getting adult permission to touch a child, even innocently, is just one of the ways predators groom children. That is why as a certified facilitator for Darkness to Light's child sex abuse prevention program, I remind adults that children are in charge of their own bodies. They should never be forced to hug or kiss a relative if they don't want to. Predators will use these simple acts to show the child they have their parents’ permission. Over time, the predator will then use other tactics to touch a child in a sexual nature while making the child believe it's OK, or that the child "likes" it or "wants" it to happen. 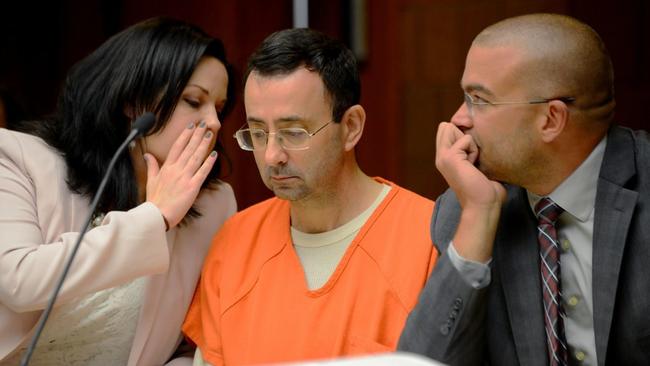 "Show Dogs" does this work for the predator by making young and vulnerable children believe it's OK to be touched inappropriately if they believe the outcome is worth it: saving the life of someone they care about.

If you ask a survivor of child sex abuse why they didn't speak up, it might sound like this:

"They said they would hurt my little sister."

"I was afraid I'd get in trouble."

"Because only strangers do bad things to you and they weren’t a stranger."

"Because they said it would feel good."

“It was our secret."

More than 90 percent of child sex abuse occurs from someone the child and their parents already know and trust. That makes it even more difficult for children to say "no" or to tell when they've been sexually abused. They often don't know how wrong the behavior is because they've been groomed, and if they do, they don't want their family member or friend to get in trouble. Now imagine if that child is being abused and they watched a movie with their parents that tells them it’s OK to let someone touch your body in places they aren't supposed to?

Movies like "Show Dogs" in its original form perpetuate the false idea to young children that their bodies do not belong to them. It falsely tells them that if someone older, someone they know and trust is telling them to do something, that they must do it. It falsely tells children that if they don't want to be touched, it's because they are selfish.

As long as adults enable this behavior, children will continue to be innocent victims of these crimes committed by sick perpetrators, and children will continue to believe they don't have a right to speak out against it. It's time we realize that preventing child sex abuse is an adult responsibility and we start acting like adults. Don't be complicit in crimes against children. Let's end child sex abuse in our communities by refusing to allow it to be normalized.

The Hashtags Perpetrators Use To Find Your Child

Why You Should Have A 'Code Word' For Your Children

Call the Marine nude photo scandal what it is: sexual assault